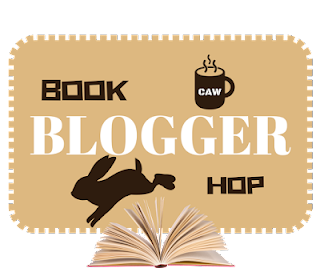 How many blogs do you own? ((submitted by Elizabeth @ Silver’s Reviews))

MY ANSWER:
I actually have 4 I think. This one(blogspot), WordPress, Bloglovin' and LinkedIn. My two main ones are here: https://lsmoore49.blogspot & https://lindasbookreviews.wordpress.com/ The Bloglovin' and LinkedIn are mainly for NetGalley posts though I post on the main ones also for NetGalley. I recently updated my WP blog and boy was it a challenge. It's still a work in progress but I am very proud of what I've done so far.
Elizabeth of Silver's Reviews has helped me so much with my Blogspot blog.
Please consider a follow on the two if you like what you see. I'm still new and trying to increase followers. 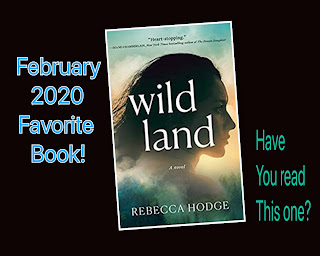 What a debut novel by Rebecca Hodge. From start to finish it is so good you won’t want to put it down. It will keep you captivated all the way.

I loved this book. 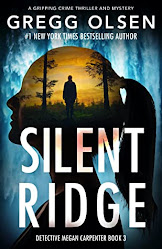 One bath wall is a mural of a brilliant-yellow sunflower. The theme carries over to the shower curtains, but the yellow vinyl is spattered with red blotches. Propped against the mirror is a South Kitsap High School photo of a teenaged girl.
I enjoy the first two books in this series very much. This one was good, but not quite as good as the previous two. It lacked something. It seemed to get a bit repetitive when talking about Monique Delmont's daughter and what happened to her. Every time she was mentioned the author added who she was and what happened to her. That would be something you would not forget so ease up on the reminders there. The book was excellent though, with the exception of the person of interest here. I still do not know who she is other than Alex's lover maybe. I know where she was from and why she did what she did but still that ending just seemed a bit rushed. It was not as well played out as the closure in the first two books. That disappointed me. As for reading about Megan's history that didn't bother me in the least. I learned some things in this book that was not mentioned in the first two. I thought this book was good but not as good as SNOW CREEK or WATER'S EDGE. Those too were absolutely unputdownable for me. I'm afraid this one just fell a tad short.
Megan is still working with Ronnie, who you met in book 2. Ronnie is a very likable character and a very good cop. I really liked her. I really liked Megan also. The characters in this book were all likable with the exception of the one after Megan/Riley who's name I don't even remember ever knowing. That was a bit disconcerting for me. But it is what it is. Apparently the author thought that would add mystery to the story and it did to a point. But it's always a good thing to find out who did what to whom. At least to me it is.
This book was well written to a point. It keeps you wanting to know who is doing what and why. You will find out part of that. The why part. It's the who that floored me. Though you know basically who she is you don't learn her name. I didn't like that. I didn't appreciate that.
The scenes in this book are great. You feel like you are walking through the woods. Like you are creeping inside Megan's home with gun drawn. Like you are being dragged behind the trailer. It's a good story just missing something that I can't quite put my finger on. Almost but not quite.
Those are my thoughts of this book. I would say it's well written and it is. Just missing something.
Thank you to #NetGalley, #GreggOlsen, #Bookouture for this ARC. This is my own thoughts about this book.
I'm giving it a 3.5/5 stars. I wish I could give it more but I was left wondering too much with this one. Read for yourself and decide though. It's pretty good but.... 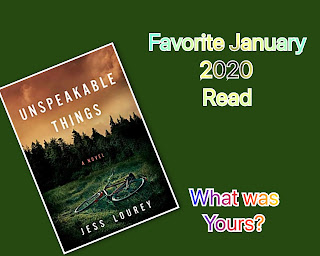 This book will have you turning pages until the very end. It's emotional and painful in parts but it is so good. One you won't forget anytime soon!
This book is so good. It's my January WOW book!

Jess Lourey did a great job with this one. 5/5 stars! 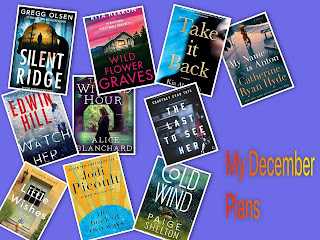 THE ARCTIC FURY by Greer Macallister 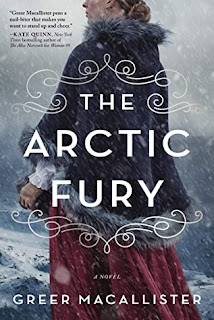 A dozen women join a secret 1850s Arctic expedition—and a sensational murder trial unfolds when some of them don't come back.

Eccentric Lady Jane Franklin makes an outlandish offer to adventurer Virginia Reeve: take a dozen women, trek into the Arctic, and find her husband's lost expedition. Four parties have failed to find him, and Lady Franklin wants a radical new approach: put the women in charge.

A year later, Virginia stands trial for murder. Survivors of the expedition willing to publicly support her sit in the front row. There are only five. What happened out there on the ice?

Set against the unforgiving backdrop of one of the world's most inhospitable locations, USA Today bestselling author Greer Macallister uses the true story of Lady Jane Franklin's tireless attempts to find her husband's lost expedition as a jumping-off point to spin a tale of bravery, intrigue, perseverance and hope.

This book takes you to a very cold and unforgiving place. Both in the courtroom and on ice. Virginia Reeve takes a group of 13, suppose to be 12, women on an expedition to try and find Lady Jane Franklin's husband. From ships out on the water to walking in the freezing cold she tries to guide these woman. Many won't and don't make it. It's very hard for Virginia to see the women dying and knowing there is nothing she can do to stop it.

In the courtroom Virginia watches helplessly as person after person comes and testifies to things many do not know. They haven't a clue what happened. She's on trial for one person's death. Both her death and her "kidnapping."

This book is done so excellently and in a way that draws you right in. It's written in almost complete perfection. You will feel so many things. From a bit of laughter to full on sobbing tears. From anger at how some people act both before the expedition and after while in the courtroom. It made me very mad how Virginia was treated by the men in this century.

This story is told from different time frames. One from the court and one from the beginning to the ending of the Arctic expedition. How the women managed. What they felt both about where they were and how they got along with one another. It always amazes me how women treat each other.... My heart broke for Virginia all during this book. I felt she was giving a raw deal. But you have to make up your own mind. You have to read this beautifully written, almost poetic, story for yourself and decide if you think things happened the way they should have. You will see things from several points of view. Things that happened on the expedition and things that happen in the courtroom. The thing that got me was how crooked courts could be even back then...

Very well written. Very likable characters. This book will take you on an adventure you won't soon forget. The descriptions are so well done. All of them.

Thank you #NetGalley, #GreerMacallister, #Sourcebookslandmark for this ARC. This is my review as I saw this story.

A big 5/5 stars and the highest possible recommendation. 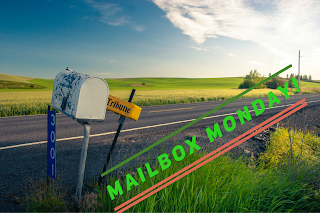 Mailbox Monday is the gathering place for readers to share the books that came into their house last week.
Warning: Mailbox Monday can lead to envy, toppling TBR piles, and humongous wish lists!!
Mailbox Monday, created by Marcia @ A Girl and Her Books, has a permanent home now at Mailbox Monday.
************
Here’s a shout out to the administrators:
Leslie @ Under My Apple Tree
Serena @ Savvy Verse And Wit
Martha @ Reviews By Martha's Bookshelf
************
THANKS to everyone for keeping Mailbox Monday alive.
************
I hope you had a good mailbox.
I had an AMAZING mailbox!!
************
Received November 23rd
1: THE LOST GIRLS by Jessica Chiarella
Courtesy of NetGalley & Penguin Group Putnam 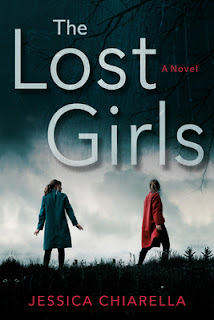 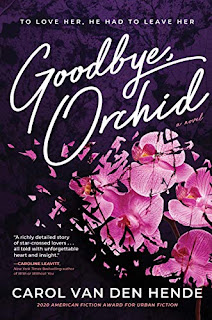 QUESTION: How many blogs do you own?  ((submitted by Elizabeth @  Silver’s Reviews ))  MY ANSWER:  I actually have 4 I think. This one(blo...

lsmoore49
I love reading more than anything else. I leave reviews on multiple sites and know how important they are to authors. I love to read and review great books. I’m a member of NetGalley and always leave reviews there when I get their books.